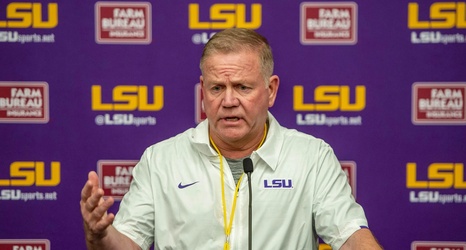 It’s been a busy two days for the LSU football program.

The Tigers have added two four-star prospects in two days both at areas of need but from very different places.

First LSU got a commitment from one of Louisiana’s best in the form of four-star running back Trey Holly out of Union Parish. Holly is the No. 10 running back in the country per 247 and a top-15 player in Louisiana. Holly’s been an uber-productive back for Union Parish, in fact he’s got a chance to break the Louisiana high school rushing record which is currently held by former Tiger Nick Brossette.