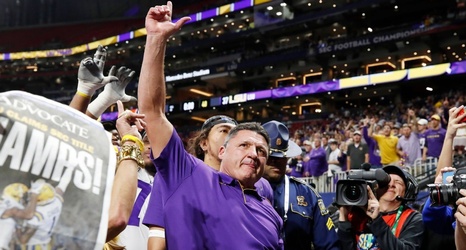 ATLANTA -- Retaking the No. 1 spot in the College Football Playoff Rankings wasn't a goal of LSU coach Ed Orgeron and his players after they beat No. 4 Georgia 37-10 in the SEC championship game on Saturday.

Orgeron said his team isn't concerned with whether the selection committee sees fit to have them retake the top spot from Ohio State, which leapfrogged LSU from No. 2 to No. 1 two weeks ago.