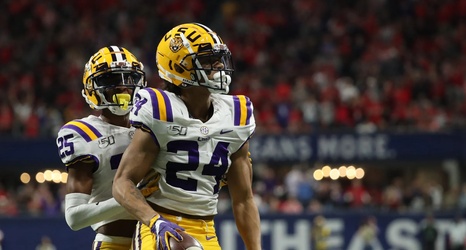 We’ve passed the last football-less weekend of the year and have actual games of consequence to look forward to on Saturday. Week 0 means the Associated Press can release its preseason All-American list and a pair of Tigers are on the First-Team.

Juniors Derek Stingley Jr. and Cade York were recognized by the AP Monday afternoon, 12 days before LSU opens its 2021 season against the UCLA Bruins.

Stingley is quite familiar with being an All-American, having made it in both 2019 and 2020. If he were to make it this season, he’ll join Tommy Casanova as the only three-time All-American in program history.