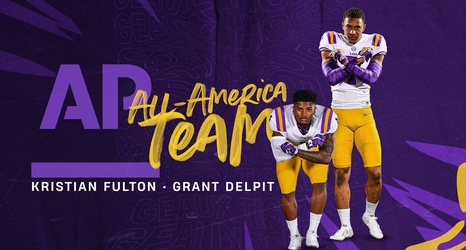 Delpit, a returning unanimous All-America from 2018, earned a spot on AP’s preseason first team, while Fulton was named to the second team.

LSU is the only school in the country with two defensive backs named either first or second team preseason All-America by the AP.

A month ago, Delpit and Fulton were named by USA Today as the No.