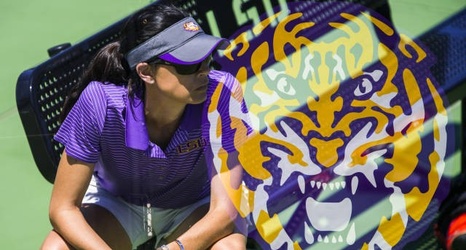 Tulsa, Okla. – LSU women's tennis team senior Paris Corley was victorious in her singles and doubles matches in the qualifying stages of the ITA All-American Championships on Monday, October 7, at the Case Tennis Center.

Corley and junior Taylor Bridges began their doubles campaign against Iowa State's Maty Cancini and Thasaporn Naklo. The teams were evenly matched, taking games from each other before the Tiger duo was able to defeat the Cyclones pair by a score of 8-6.

Corley and Bridges teamed together for their second match of the day as they faced Julie Byrne and Hannah McColgan from Northwestern.