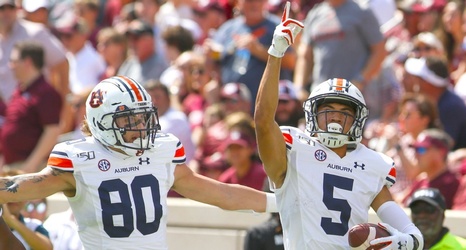 A month doesn't define an entire college football season, but there's a distinct Deep South flavor to the top of the ESPN Power Rankings as we move closer to the calendar flipping to October.

In fact, four of the top five teams are from the SEC, and that's not to mention the No. 1 team -- defending national champion Clemson of the ACC. Auburn probably has done more than anybody else this season, with two wins away from home over nationally ranked opponents. And let's give a hand to Georgia and Notre Dame for playing a highly entertaining nonconference game.