College Football Playoff rankings: What the games would look like today 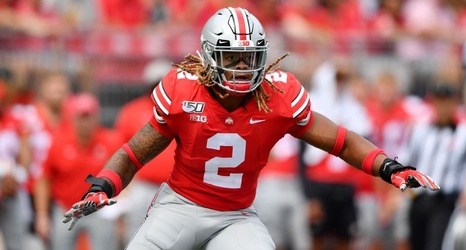 The 13 members of the College Football Playoff selection committee reminded everyone in its first ranking that last year is irrelevant.

Say hello to the bubble, as No. 5 Clemson is behind two Big Ten teams and two SEC teams.

No. 1 Ohio State earned the top spot, followed by No. 2 LSU, No. 3 Alabama and No. 4 Penn State. It's clear the eye test matters to this group, as the Buckeyes' sheer dominance outweighed LSU's resume, which includes wins against Texas, No. 10 Florida and No. 11 Auburn. Texas was not ranked by the committee, which could be a problem for No.