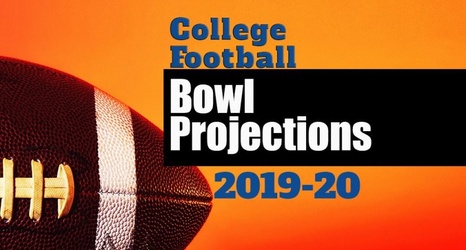 College football's 2019 bowl season is still a few months away, but with seven weeks in the books, it’s never too early to make projections and predictions on how the bowl games and playoff pairings may look by the time the CFB Playoff selection committee meets in December. Alabama and Clemson are once again among the favorites to win it all this season, and Athlon Sports projects these two teams to make the playoff. However, Ohio State and Oklahoma aren't far behind the Crimson Tide and Tigers in the CFB Playoff and national championship race. LSU, Penn State, Notre Dame, Wisconsin, Georgia and Florida are also contenders for a playoff spot after Week 7.