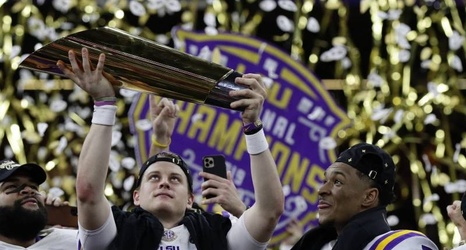 Did college football fans just witness the most successful season by a team ever?

After winning the College Football Playoff National Championship on Monday night, LSU certainly has a case. The Tigers went 15-0, winning the national title and the SEC Championship, while reeling off wins over numerous other top teams, including Clemson, Oklahoma, Georgia, Florida, Auburn and Alabama.

Plus, quarterback Joe Burrow won the Heisman Trophy and set FBS single-season records for passing touchdowns (60) and total touchdowns accounted for (64) in his final season at LSU.

Of course, Burrow was primarily focused on leading the Tigers to the national championship.