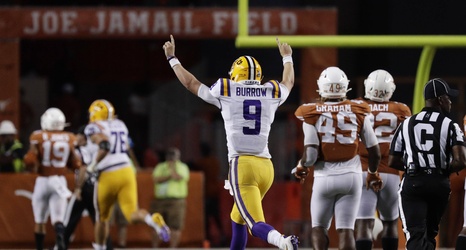 On Monday, Burrow was named the SEC Offensive Player of the Week and yesterday, he was selected by the Maxwell Award as its national player of the week.