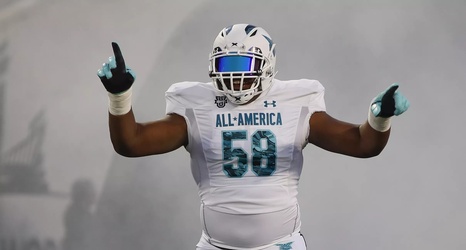 Do you know why Alabama owned LSU between the infamous 21-0 BCS defeat and the seven years after that? LSU couldn’t move Alabama’s offensive line, while the Tide had its way with the Tiger o-line.

Between the 2012 and 2019 NFL Drafts, LSU had a total of five offensive linemen picked and Trai Turner, taken in the third round of the 2014 draft, was the earliest selection. Over that same course of time, Alabama had 10 offensive linemen drafted and four went in the first round alone.

Wouldn’t you know that the same year LSU finally beat Alabama was also the year the Tigers had more offensive linemen taken than the Tide.