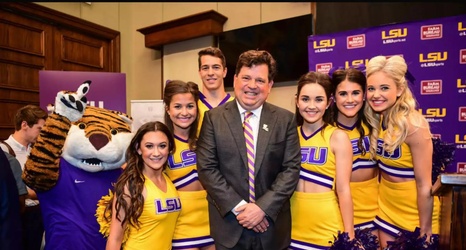 It’s hard to not think this is the best possible outcome. Woodward is a Baton Rouge native with deep ties to the area, deep ties to NCAA leadership and a proven successful track record at Washington and Texas A&M and, to top it all off, we yanked him away from our burgeoning divisional rival? Hell yeah.

Hopes? Alignment. Alleva turned LSU into a money-making machine, but it still felt a little like pulling teeth to get that cash into motion. It never felt like we had a coordinated, focused deliberately run department. Instead, it was faction warfare that wound up preventing LSU from operating at the highest levels, despite the shiny financials.