...And Then It All Went Wrong 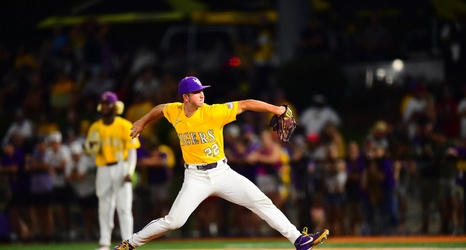 How many times can you play with fire before you finally get burned?

This LSU team has spent long stretches of this weekend playing like absolutely garbage, only to bail themselves out with some late inning heroics. And let’s face it, that makes for some great television.

But you know what? It’s not a very good long term strategy for sustained success. You keep handing teams large leads, it’s only a matter of time before they actually hang on to one of them. The problem with needing a miracle is that miracles are, by definition, rare.

To its credit, LSU tried not to dig itself a hole tonight.