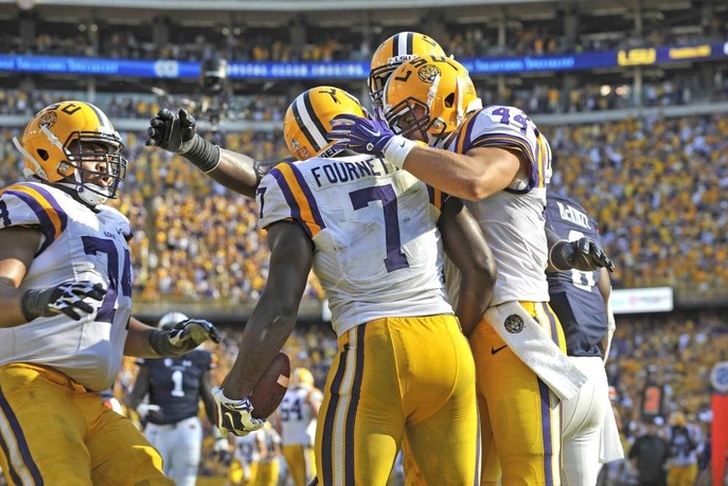 The LSU Tigers started the season hot, but a loss to Alabama caused the wheels to come off and ruin their College Football Playoff hopes. LSU finished the year 9-3, including an impressive 56-27 bowl win over Texas Tech. Even though head coach Les Miles nearly lost his job during the Tigers' three-game losing streak, he's back with expectations of competing for an SEC title. Here are three reasons why LSU will reach that goal this season:

3. Experience
The Tigers aren't losing much next season. Only one starter, OT Vadal Alexander, is leaving on offense, and the defense is losing just three starters from last year's team. LSU constantly brings in great defensive recruits and that will help make up for the limited losses on that side of the ball. Plus, star wideout Malachi Dupre is back, among other notable weapons on the offensive side of the ball (see below). With so few starters leaving off a strong team, LSU is primed for a great season in a year full of turnover in the conference.

2. Improved Brandon Harris
Harris is far from polished as a passer, but he's getting better. He showed improvement as the season went along and another year of development will go a long way for him. LSU isn't going to win the SEC if Harris doesn't improve, but there's reason to expect that he'll be better than ever next year. Alabama, LSU's biggest competition for the SEC West title, will have a major question mark at QB.

If Harris can provide steady, relatively turnover-free play, the Tigers will be in position to win the SEC.

1. Leonard Fournette
Simply put, Leonard Fournette is an absolutle beast and is the type of player that can carry a team by himself. He racked up an impressive 1,953 yards and 22 touchdowns last season - but there's reason to think he's going to be even better this year. Down games late in the year were caused by a lackluster offensive line, and that group is greatly improved going into the 2016 season.

If he gets just a little but of help from the returning talent and Harris, he can get LSU the SEC title this team so desperately wants.