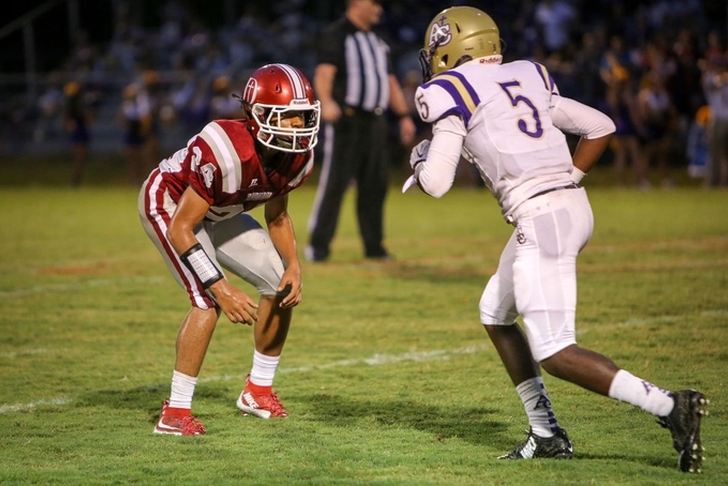 The LSU Tigers are in the midst of spring practice, but that hasn't done anything to stop their momentum on the recruiting trail. In fact, Ed Orgeron and the rest of the staff have actually ramped up their efforts of late. The Tigers are making moves not just with the class of 2018, but 2019 as well. Here are all the latest LSU recruiting news and rumors you need to know.

LSU Offers 3-Star TE
The latest offer from LSU is TE Nic McTear, reports 247Sports. This is the 11th offer for the Texas recruit, who is listed as the No. 1,076 overall recruit. He's currently committed to Oklahoma State, but that didn't stop LSU from making an offer. LSU is expected to take one, if not multiple, tight ends this cycle.

No. 1 2019 Recruit To Visit
Because it's never too early to get a jump on next year's class, the LSU Tigers will host the nation's top recruit for the 2019 class next week. Kayvon Thibodeaux, a defensive lineman from California, told 247Sports he'll visit the campus on Tuesday. Getting a visit from Thibodeaux this early is a positive sign for the Tigers' chance at landing him. Although currently living in Los Angeles, Thibodeaux has family from the Lake Charles area and his father lived in Baton Rogue at one point. Clearly, the last name checks out.

Derek Stingley Decommits
Sticking with the class of 2019, the Tigers are down a commit. The four-star CB originally committed to LSU after picking up an offer from the Tigers last year, but has now withdrawn that commitment.

"After talking it over with my family and God, I just felt that taking a step back and reevaluating things was the best option for me," Stingley told NOLA.com. "I am extremely humbled by this whole experience. I was so excited when I first received the offer from LSU and the chance to play with Coach (Corey) Raymond that I didn't really look at the long-term picture. I committed before my sophomore year of high school. I still have two whole years left. I just want to make the right decision for my future and I thought this was the only way to do that with a clear head."

LSU still has a good chance to land the Baton Rouge native. His sister went to LSU and although he's received an influx of offers, it's fair to view the Tigers as the front-runner.

Follow our LSU Tigers team page for all the latest LSU recruiting news or download the Chat Sports App!