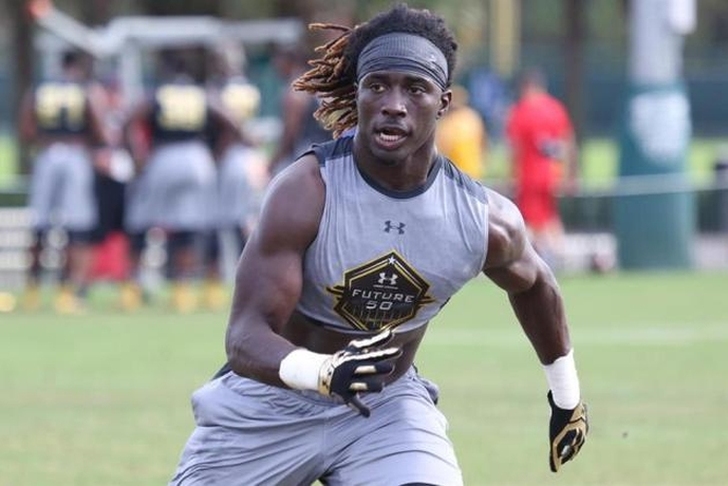 The LSU Tigers are turning up the heat on the recruiting trail before fall practice starts, and it's already paying dividends. Here's all the latest news and rumors surrounding LSU's recruiting efforts:

Tigers lead for Dylan Moses?
Five-star linebacker Dylan Moses has LSU, Alabama and Texas as his three finalists, and hasn't tipped his hand who he's favoriting. However, 247sports' Shea Dixon says Moses is learning towards LSU.

Fast forward to now, and I’ve talked to enough people that I’m confident LSU is (at the very least) neck-and-neck with the Tide. I honestly feel like right now, the Tigers might even lead.

Moses has kept in constant communication with LSU assistant Corey Raymond, who is definitely his main recruiter for the Tigers. Raymond is close with Moses, and just as importantly, he’s close with the family. And Les Miles has done a great job here, communicating with Moses quite often on the phone. Miles even had a conversation with Moses’ mom on Mother’s Day. They are working him (in my opinion) harder than anyone else in the class right now. They are absolutely making him a priority. And, yes, Miles has promised him the No. 7 jersey.

I think that with Moses at IMG for this semester and next semester, it’s starting to work in LSU’s favor. I think he’s realized he’s missed Baton Rouge and his family and friends that he grew up around. Not that it means he’s a lock to LSU because of it, but I think it’s a factor that ultimately is working in the Tigers favor when most of us initially felt it might hurt LSU’s chances when he left U-High and went to IMG.

Moses will most certainly attend one of LSU’s two summer camps in Baton Rouge, so that will be key to have him back around everyone from coaches to players and down the line. I like where LSU is standing going into the summer months.

Running backs coach Jubbar Juluke is visiting five-star Cam Akers this weekend, who is their top RB target after he decommitted from Alabama earlier this spring. He also visited four-star Toneil Carter and three-star Travis Etienne earlier this week.