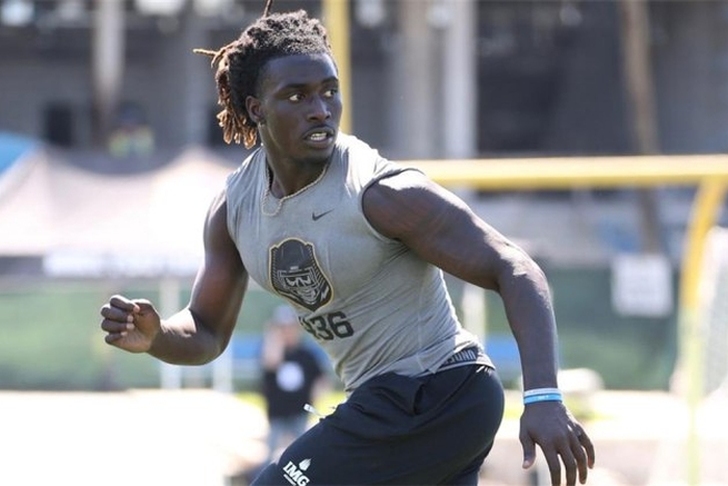 The college football season doesn't start for roughly two months, giving the LSU Tigers plenty of time to focus on recruiting. It's already paid off with 15 commitments - but LSU is far from done. Here are the latest news and rumors surrounding LSU football recruiting.

Dylan Moses latest
Five-star linebacker Dylan Moses, the No. 2 overall prospect in the 2017 class, committed to LSU early in the process before re-opening his recruitment. He is now also considering Alabama and Texas, but LSU is still considered the favorite.

Moses spoke with 247sports about his recruitment and why the Tigers are still at the top of his list:

"The top factor for me, it’s not the team," he said. "It’s how I communicate with my coach. The relationship I have with him. I want him to be able to coach me. If I can’t come to you and ask you questions outside of football too then there is no reason for me to come to you.

"It’s really about the chemistry I have with the coaches [at LSU]. I’ve been knowing them since I was 10. I’ve been going down there for a long time. I have family on the staff. The only reason I’m not doing an official there is because I grew up five minutes down the street. There is really no point."

Texas is thought to be LSU's biggest threat for Moses, who said he's now "iffy" on Alabama because he "doesn't know" how he would fit with them.

Tigers lose pair of 2018 commits
Four-star wide receiver Devonta Jason and four-star cornerback Corione Harris, teammates at Landry-Walker in New Orleans, announced that they have both decommitted from LSU. The class of 2018 duo says they are still considering the Tigers, but wanted to ensure they were making the right choice.

Jason, the No. 6 wideout in the 2018 class, is also considering Alabama, Georgia, Miami, Mississippi State and Ole Miss.

Harris, the No. 29 cornerback, has Arkansas, Auburn, Florida, Florida State and Mississippi State also on his list.