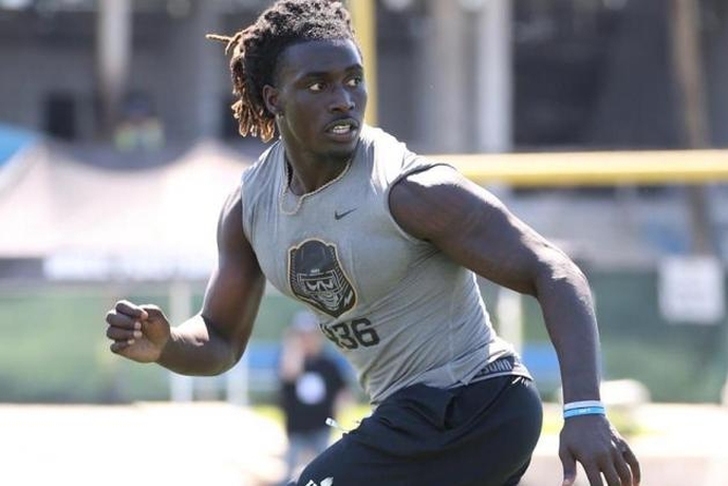 The season doesn't start for the LSU Tigers for several months, giving the Tigers plenty of time to focus on recruiting. LSU has turned up the heat in recruiting during the offseason, and it's already paying dividends. Here are the latest news and rumors surrounding LSU football recruiting:

Dylan Moses to commit in December
Five-star lienbacker Dylan Moses, the No. 2 overall prospect in the country, announced on Twitter that he will make his college decision in December so he can enroll early:

I won't be making my College decision until December. It's no specific day yet but every school WILL HAVE A CHANCE till then.

Moses, a Louisiana native who is playing his senior season at IMG Academy, has LSU, Alabama and Texas in his top group. The Tigers are believed to be his leader.

LSU leaves impression on 4-star WR
Jeremiah Holloman, a four-star wide receiver from Covington, GA, recently named Georgia as his favorite with Tennessee as his No. 2 school, but all of that has changed now. After visiting Auburn, LSU, Mississippi State and Tennessee over the past two weeks, Holloman said he has no leader anymore.

“I really don’t have a leader anymore. I’m just open to the process,” said Holloman, via 247sports. “It’s just me taking thought and just getting a chance to open my eyes and see a whole bunch of things. I’m just going to enjoy the process.”

LSU, in particular, made a big impression on him.

“I got a chance to see the players practice and all that stuff — 7-on-7 — and hang around with the coaches and stuff like that. I really liked things down there and what they’ve got to look forward to.”

He is ranked the No. 28 wide receiver and No. 220 overall prospect in the country.