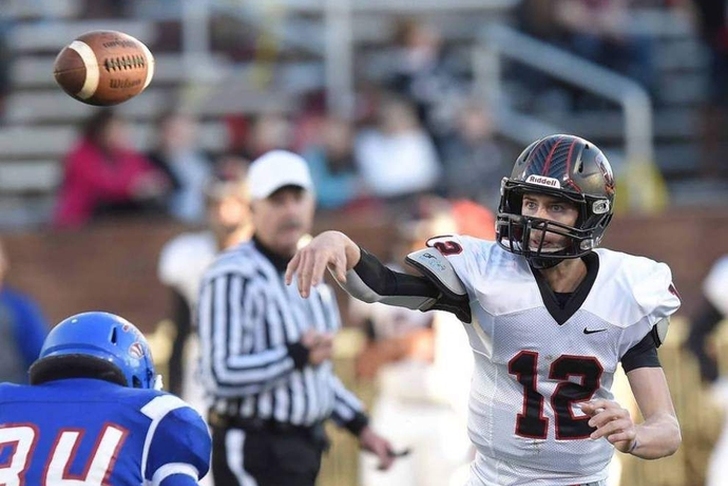 The LSU Tigers have a long layoff as they prepare for the Citrus Bowl, and some that time is devoted to recruiting. The recruiting dead period is now here, but several recruits are making their decisions in the coming days. That means there's plenty to get to around LSU football recruiting. Here are all the latest LSU recruiting news and rumors you need to know.

Myles Brennan shuts down recruitment
Four-star quarterback Myles Brennan (Bay Saint Louis, MS) has been committed to LSU since April, but was still talking to other teams. However, that is no longer the case as he has shut down his recruitment after LSU hired Matt Canada as their offensive coordinator.

Brennan spoke with Canada shortly after he was hired on Wednesday, and the talk apparently went well enough that Brennan was sold. Oklahoma State had been strongly pursuing Brennan.

Narcisse still considering LSU after decommitment
The reason why Brennan's reaffirmation was so big was because of fellow four-star quarterback Lowell Narcisse (Saint James, LA) decommitting from the Tigers earlier this week. The questions surrounding LSU's offensive coordinator were a big reason why the decommitted, the Tigers are still in the mix with Auburn and Memphis.

Former five-star quarterback and Baylor transfer Jarrett Stidham recently committed to Auburn, which many think will push Narcisse back to LSU. He plans to announce his decision at the Under Armour All-American Game.

The 6-foot-5, 225-pounder is ranked as the No. 9 dual-threat quarterback and the No. 248 overall prospect in the country.

3-star LB commits to LSU
Three-star linebacker Monty Rice (Madison, AL) announced his commitment to LSU on Monday. He told 247sports that defensive coordinator Dave Aranda is who really won over his commitment:

"What happened yesterday, Coach Aranda called my mom,” Rice said. "All the coaches wanted to fly in and be last to see me. I didn’t feel like seeing any coaches or anything. I was kind of burned out on all this. And you know what? (Aranda) was just like ‘I understand’ and was perfectly fine with it. It was the perfect response.

"Another school just didn’t want to hear that. It is what it is. It’s not huge, but it shows Dave Aranda is a caring person. A lot of coaches in the NCAA don’t really care about you as a person. As long as you can play, then they want you. As soon as you get hurt, they don’t want you."

"I just prayed hard and talked to people I was close with and made my decision.”