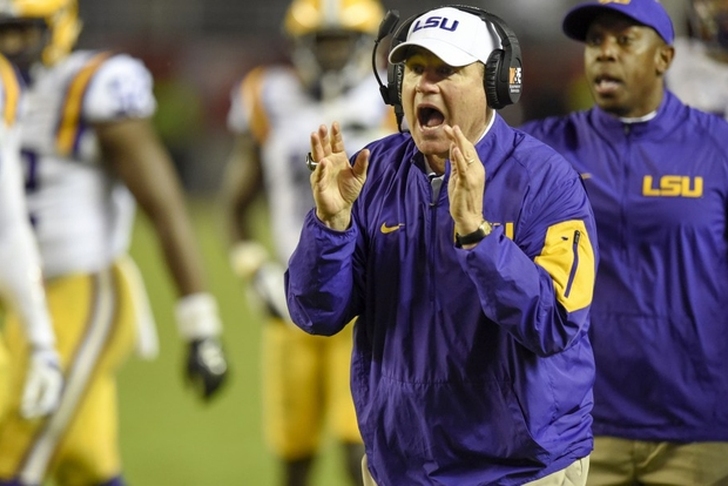 LSU Tigers head coach Les Miles appeared to be on his way out of Baton Rouge leading up to their regular season finale against Texas A&M, but LSU athletic director Joe Alleva came out after the game and said Miles would stay on as the program's head coach.

LSU president F. King Alexander admitted that the decision to fire Miles had "pretty much been made," but the Tigers decided to keep him during a halftime meeting him, Alleva, and members of the LSU Board of Supervisors.

“It was a combination of factors and a decision that we made collectively,” Alexander told Baton Rouge Business Report. “We weighed all the factors in all this and it was a joint decision between many of our board members, our AD and many of us decided this was the wrong time and wrong place.

He also said that the public support for Miles over that final week played a big part in the decision.

LSU came into this season with high hopes for a SEC title and College Football Playoff berth, but they were derailed after a 7-0 start by a three-game losing streak. Saturday's win over Texas A&M improved the team's record to 8-3, marking the 11th straight year that the team has finished with eight wins or more under Miles.

Miles led the Tigers to a national championship following the 2007 season and has posted a 111-32 record in his 11 seasons with LSU.