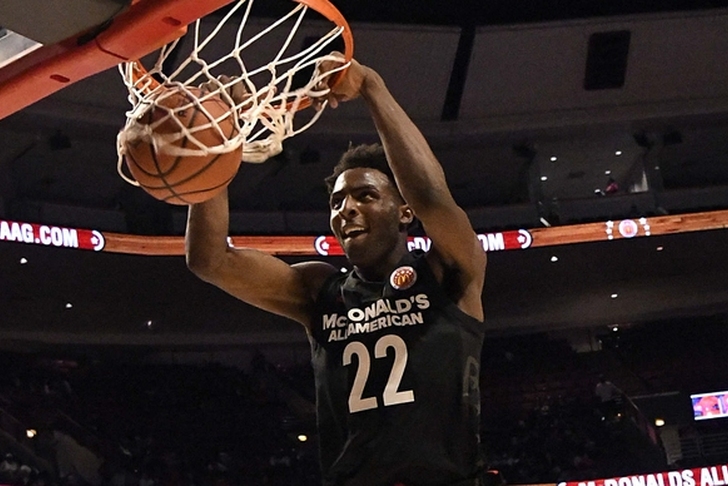 Robinson, a McDonald's All-American who was the top-ranked center in the 2017 class, originally committed to Western Kentucky, but left campus for the second time earlier this month and has since been granted his release from the school.

LSU was perceived to be the favorite to land the New Orleans native, but they have backed off due to questions about his eligibility for the upcoming season. Since he attended summer school classes at WKU, Robinson is widely expected to be required to sit out for a year per the NCAA's transfer rules. He will need a waiver to play this season, which is highly unlikely, according to a source.

Robinson is a projected lottery pick in the 2018 NBA Draft and will remain eligible even if he doesn't play in the upcoming college basketball season. LSU already has a full roster under new head coach Will Wade and would have to make room to give Robinson a scholarship. They are scared that Robinson may leave for the 2018 draft even if he doesn't play a game, meaning the Tigers would essentially burn a scholarship for nothing. That is not a risk they are willing to take.

With LSU now out of the mix, Kansas becomes the heavy favorite to land Robinson's services. He will visit there this weekend.

The Jayhawks have shown an increased willingness to take on transfers in recent years, most notably adding former five-star guard Malik Newman, who transferred after just one year at Mississippi State. Newman will make his debut for the Jayhawks this season.

Western Kentucky surprised many by landing Robinson, who committed to the Hilltoppers because of assistant coach Shammond Williams, who is also Robinson's godfather. However, Williams resigned from WKU in early July.

The seven-foot, 222-pound Robinson was ranked as the No. 8 overall prospect in the 2017 class by 247sports. I projected him to be selected with the No. 14 overall pick in my Way-Too-Early 2018 Mock NBA Draft.

Follow our LSU Tigers page for all the latest LSU basketball news or download the Chat Sports App!