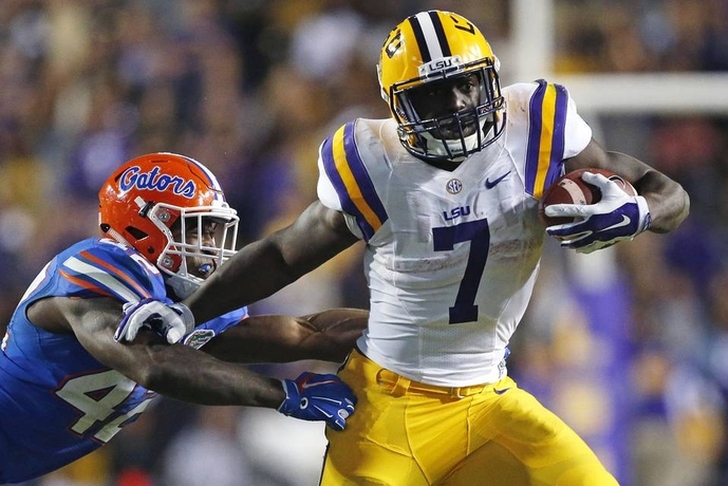 LSU is investigating whether the family of running back Leonard Fournette broke NCAA rules by selling merchandise, according to Josh Peter of USA Today Sports.

The report states that a lawyer hired by LSU is "interviewing people involved in a website that was built to sell merchandise emblazoned with “BUGA Nation” — Leonard Fournette’s catchphrase."

The school is also investigating where the profits from the website went and any potential extra benefits that were provided to the family, Peter writes:

Paul Price, described by Fournette's mother as the family’s manager, made payments of about $10,000 to build a website and produce the merchandise to be sold, the owners of three companies involved told USA TODAY Sports. The owners said they gave Price and the Fournettes more than $20,000 in discounts because they expected strong sales driven by the star running back's popularity.

NCAA rules state that neither an athlete or their family members can benefit from the athlete's name, image, or likeness. Fournette's mother, Lory, said the website was started the week of LSU's season opener last year (Fournette's freshman year), and the sales stopped after "24 hours."

The NCAA has not commented on the investigation yet, per the report.

Fournette has rushed for 1,383 yards and 16 touchdowns on 195 carries this season, and was the Heisman frontrunner before LSU's loss to Alabama on Saturday.