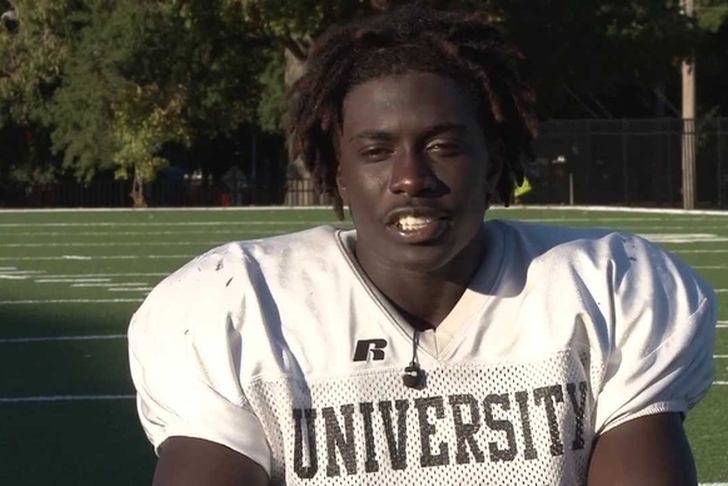 The LSU Tigers and head coach Les Miles have already put the finishing touches on a banner 2016 recruiting class, and the focus now is on bringing home another top-five haul for 2017. With that being said, here's Miles' top seven targets for the 2017 cycle.

7. RB Toneil Carter (Texas)
The #4 running back in the class, Carter is a bowling ball at 5'11", 205 pounds. He's also a explosive player on the edge and can do damage both inside and outside.

6. OLB Justin Foster (North Carolina)
Foster is the last of two four-stars on the list, but he's got five-star explosiveness as a pass rush threat. His overall game is improving and his talent level is evident, so he may rocket up from the #5 outside linebacker position with some polish.

5. DT Tyler Shelvin (Louisiana)
The only in-state recruit on this list is the only current LSU commit. Shelvin has an extremely low center of gravity at 6'2", 329 pounds. He's also currently the #2 overall defensive tackle in the class, and the #19 overall player.

4. ATH JaCoby Stevens (Tennessee)
Stevens is the first of four five-stars on our list who currently rank as the #1 overall prospect at their designation. He's as legit of a two-way player as you're going to find, functioning as a home-run threat both as a receiver and defensive back.

3. S Jeffrey Okudah (Texas)
Okudah is the #7 overall player in the nation and the #1 safety. He's a pure secondary playmaker who's versatile enough to switch assignments mid-game and do damage. He's going to be a star.

2. DT Marvin Wilson (Texas)
LSU has the #2 defensive tackle in the class (Shelvin), so why not complement him with #1? Wilson is longer and leaner than Shelvin, using his frame and reach to disrupt early at the point of attack and open up rushing lanes.

1. OLB Dylan Moses (Florida)
He's the #1 prospect in the nation, and he's currently being listed as an LSU lean despite already committing and decommitting from the program. Moses is the complete outside linebacking prospect -- combining pass-rushing prowess, coverage skills and run-stopping viciousness.