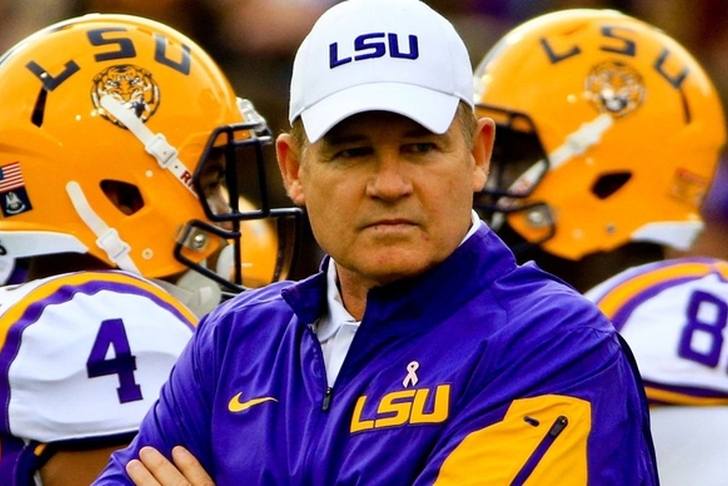 The LSU Tigers are reeling after Saturday's 38-17 loss to SEC West rival Ole Miss. After losing three straight games, head coach Les Miles' team once again finds itself in the front seat of the rumor train. With that in mind, here's our LSU Football Rumors Roundup for November 24th.

After reports that LSU was going to fire Les Miles on Monday after the loss to Ole Miss proved to be false, he is widely expected to be let go after LSU's season finale at home against Texas A&M, according to ESPN's Joe Schad.

LSU's decision-makers are focused on analyzing not just the potential separation with Miles, but also who they might be able to hire. One name that has been discussed as a possible replacement is Florida State coach Jimbo Fisher, a former LSU assistant. On Monday, a high-ranking source involved in the decision regarding the coach's future told ESPN there is "a very good possibility" that LSU will buy out Miles' contract.

Unhappy boosters have already agreed to pay the $15-$20 million needed to buyout Miles' contract. LSU was 7-0 and ranked No. 2 in the country just three weeks ago, but losses to Alabama, Arkansas, and Ole Miss have dropped the Tigers out of both the AP Poll and College Football Playoff rankings. It's the first time LSU has lost three games in a row since 1999.

No. 59 overall recruit decommits from LSU

The news of Miles' expected departure is already making negative waves on the recruiting trail as four-star QB Feleipe' Franks announced he is decommitting from LSU.

"I have given this process a lot of thought and feel that it is only best for me to make my decommitment public," Franks said on Twitter. "I want to thank the LSU coach, staff and the amazing fans for all of their support."

LSU still has the No. 1 overall recruiting class in 2016, but has no other quarterback committed.

Even though he has fallen out of the Heisman discussion, LSU running back Leonard Fournette was named a finalist for the Doak Walker Award, given annually to the best running back in the nation. Fournette leads the nation in rushing yards (1,582) and rushing yards per game (158.2) while ranking among the best in the country with 17 rushing touchdowns.

Alabama's Derrick Henry and Stanford's Christian McCaffrey were named as the other two finalists.