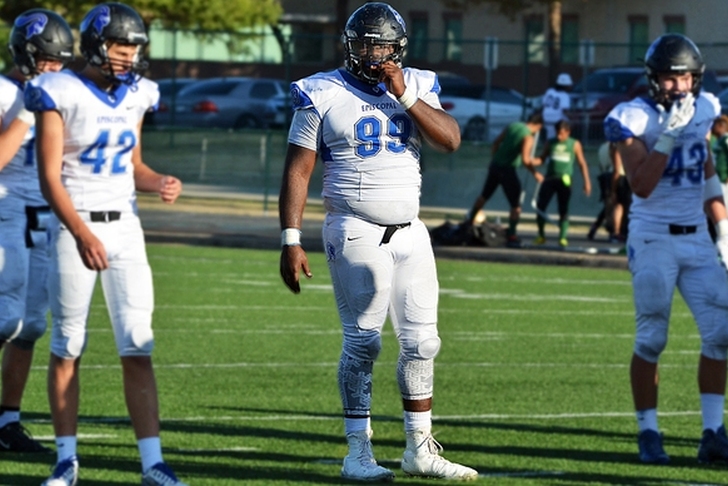 The LSU Tigers were competing with the Alabama Crimson Tide for the services of five-star defensive tackle Marvin Wilson (Houston, TX), but after defensive line coach Bo Davis resigned from Alabama, LSU has become the unquestioned leader for the coveted prospect.

Wilson tweeted "there goes Alabama in my recruitment" following the news, then told 247sports that the Tide really don't have a chance to sign him.

Davis resigned due to questions about alleged recruiting violations he committed.

Wilson's interest in LSU is strong due to his relationship with defensive line coach Ed Orgeron and his ability to generate pro prospects.

Wilson is ranked as the No. 1 defensive tackle and No. 3 overall prospect in the country.