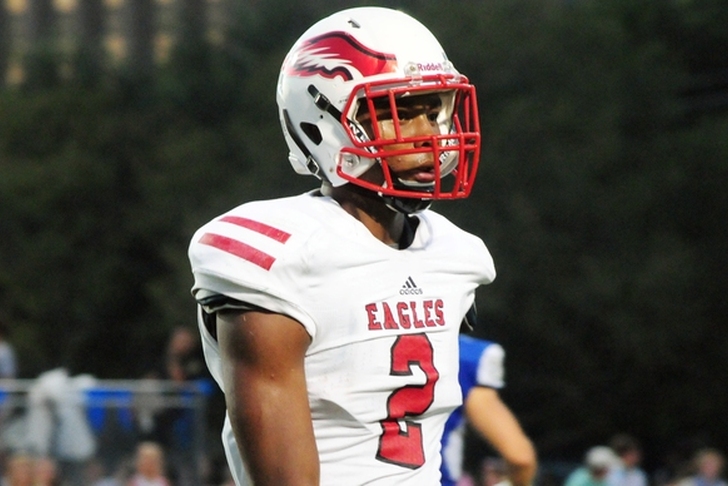 The season doesn't start for the LSU Tigers for several months, giving the Tigers plenty of time to focus on recruiting. LSU has turned up the heat on the recruiting trail during the offseason, and it's already paying dividends. Here are the latest news and rumors surrounding LSU football recruiting:

Tigers In Mix For Top 100 WR
Four-star WR Jhamon Ausbon wasn't expected to list LSU as one of his top schools, but that's what happened on Twitter yesterday.

The IMG Academy is the No. 65 player in the nation and the No. 10 WR. Texas A&M and Auburn are considered the favorites, but the Wolverines are clearly in the mix. Ausbon was committed to Baylor, but decommited after Art Briles was fired amid the sexual assault scandal.

LSU Making Push For Top 50 2018 Recruit
The 2017 recruiting class is the priority, but the Tigers aren't ignoring the 2018 class. One of their top target is four-star WR Terrace Marshall, the No. 41 overall recruit and No. 5 WR. A Louisiana recruit, Marshall told 247Sports that he's hearing from LSU often.

“LSU is showing a lot of love,” Marshall said. “It’s felt great. And having that offer ... it takes a little bit of pressure off you."

The Tigers have already offered Marshall, and they're the early front-runners to land him.

Follow our LSU Tigers team page for all the latest LSU Football Recruiting news, or download the Chat Sports App!