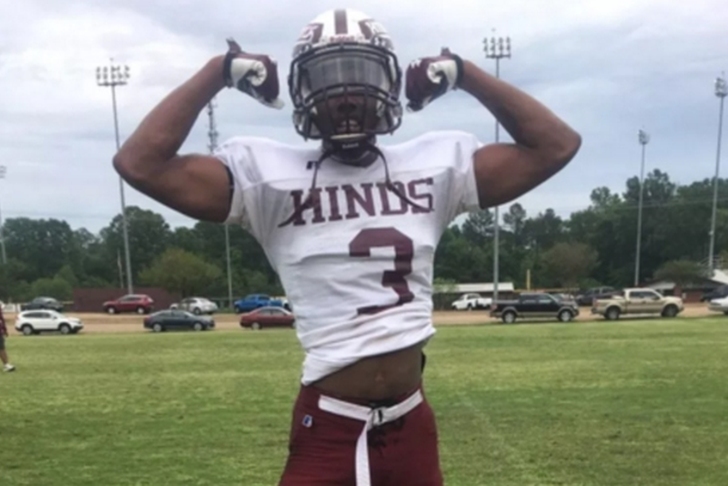 The LSU Tigers are turning up the heat on the recruiting trail during the offseason, and it's already paying dividends. Here are the latest news and rumors surrounding LSU football recruiting:

4-star DB targets sets decision date, expected to commit to LSU
Grant Delpit, a four-star cornerback from New Orleans, announced his plans to make a commitment at The Opening, which is held from July 8-10.

Delpit has been one of LSU's top targets in the 2017 cycle, and he will play his senior season at IMG Academy in Bradenton, FL. He is expected to commit to LSU, but Baylor is also in the mix.

Top JUCO WR commit still looking at other schools
Stephen Guidry, the top-ranked JUCO wide receiver in the country, committed to LSU on May 21, but that doesn't mean he's stopped the recruiting process. He recently said on Twitter that though he is committed to LSU, he has a top five of Alabama, Auburn, Georgia and Mississippi State.

"Even though I'm committed to LSU, my recruitment is still open," Guidry said. "I'm really looking forward to all the other schools that catch my attention, but until then, there are my top five schools.

“I am still feeling the love from LSU, and that’s where I’m committed. These top teams are just the others that are still in there and putting in the work to recruit me.”

LSU ramping up pursuit of 4-star 2018 WR
Four-star WR Jacob Copeland (Pensacola, FL) attended LSU's summer camp, and the Tigers are increasing their pursuit of him.

He is one of LSU's top target in the 2018 class, and he was reciprocated that interest, putting the Tigers in his top 10, along with Alabama, Clemson, Florida, Florida State, Georgia, Kentucky, LSU, Miami, Michigan and Mississippi State.

Copeland is ranked as the No. 3 wide receiver and No. 38 overall prospect in the country.