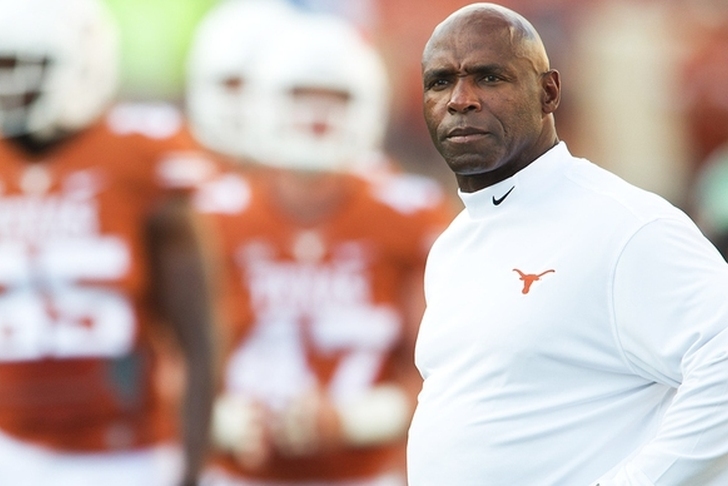 The LSU Tigers have already decided to make a coaching change after firing Les Miles just a few games into the season, making them one of the premier openings in the country. Since LSU can't exactly go public with their season with the season in full swing, there have been plenty of rumors about who the Tigers are targeting. Here's all the latest news and rumors you need to know involving LSU's coaching search:

Herman not an option?
Houston head coach Tom Herman has long been thought to be LSU's top choice to replace Miles, as he is perhaps the best young coach in the sport. However, that has drawn the attention from every other school with a vacancy, particularly Texas - and that has thrown a wrench in LSU's plans.

Big rumor today is that Tom Herman to #Longhorns is "all but offical." Reliable sources saying what has been suspected for awhile now.

Herman started his career as a graduate assistant with the Longhorns in 1999 and 2000, and has spend his entire coaching career in the state outside of stints as the offensive coordinator for Iowa State (2009-11) and Ohio State (2012-14). If that is indeed the case, it is not a surprise to see the Longhorns ramping up the heat on Charlie Strong - they don't want to miss out on Herman if they aren't completely satisfied with Strong.

Strong on shortlist?
If Texas does indeed fire Strong, Allbright also reports that he would get heavy consideration for the LSU job:

Connected source tells me if Charlie Strong were available, he would be "at or near the top" of LSU's HC search short list.

Prior to landing at Texas, he went 37-15 in four years at Louisville, and is known for being an excellent recruiter. He is just 14-18 in two and a half season with the Longhorns.

What chance does Orgeron have?
Offensive line coach Ed Orgeron has taken over as interim head coach for Miles, his second stint as an interim coach after leading USC to a 6-2 mark after they fired Lane Kiffin midseason. Many didn't expect him to get serious consideration for the LSU job, but after winning his first three games in Baton Rouge, there is some though to them keeping Orgeron. According to ESPN's Chris Low, a win over Alabama might be enough on it's own for LSU to keep Orgeron around:

It's a given Alleva is going to look around, and Florida State's Jimbo Fisher and Houston's Tom Herman will be high on his list. But a person close to the situation told ESPN.com that Alleva is also serious about giving Orgeron legitimate consideration if the Tigers finish strong this season and continue to look as sharp and as re-energized as they did against Missouri, particularly on offense.

"If they beat Alabama [on Nov. 5], they might sign him to a new contract before midnight," a source told ESPN.com.

LSU closes their season against Alabama, at Arkansas, Florida and at Texas A&M. Every one of those teams is ranked - with the exception of Arkansas - giving Orgeron plenty of chances to pick up marquee wins.