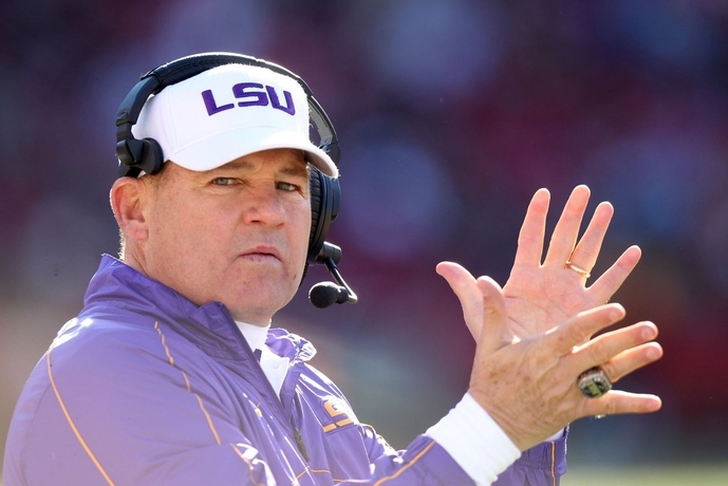 As recently as a day ago, it appeared that Les Miles and the LSU Tigers were headed for a messy breakup. However, following LSU's 19-7 win over the Texas A&M Aggies on Saturday night, athletic director Joe Alleva says Miles will remain as the program's head coach.

According to ESPN's Joe Schad, "public pressure and sentiment" played a huge role in Miles' retention. Multiple reports over the past couple of weeks indicated that the majority of the program's most influential boosters were heavily in favor of firing Miles, with Florida State head coach Jimbo Fisher tabbed as the boosters' #1 pick as a replacement.

The overwhelming majority responses to the rumors surrounding Les Miles' waning job security was negative, with a host of LSU fans taking to social media to bash the athletic department. The sentiment was the same on most national sports shows, as analysts openly wondered just how Miles could go from being the coach of a potential title contender to on the chopping block in three weeks.

LSU came into this season with high hopes for a SEC title and College Football Playoff berth, but they were derailed after a 7-0 start by a three-game losing streak. Saturday's win over Texas A&M improved the team's record to 8-3, marking the 11th straight year that the team has finished with eight wins or more under Miles. Miles led the Tigers to a national championship following the 2007 season.