The Latest LSU Recruiting News And Rumors On Commits, The Tigers' Top Class And More 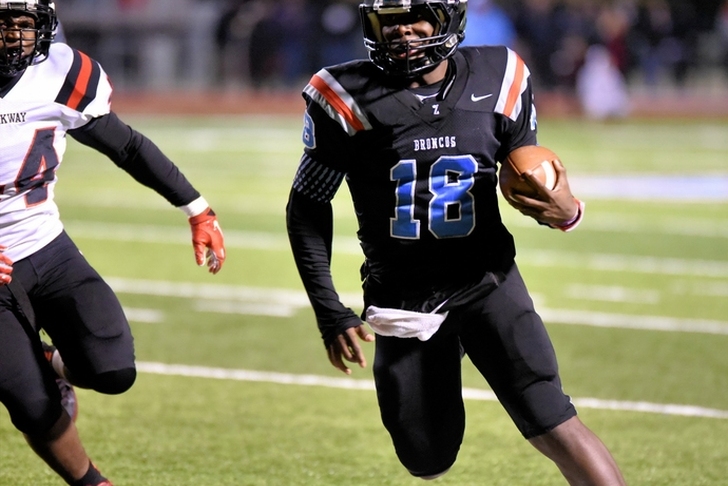 We're just four days away from National Signing Day on February 3rd, which means head coach Les Miles and the LSU Tigers are focusing their efforts in hopes of delivering a great 2016 recruiting class. With that in mind, here are the latest news and rumors you need to know for LSU Football Recruiting for January 31st.

LSU Lands QB Commit
The Tigers picked up a commitment from three-star QB Lindsey Scott Sunday. The former Syracuse commit announced the decision on Twitter. The regime change at Syracuse prompted the change for the Gatorade Player of the Year in Louisiana. Scott will end up playing against the Orange when they visit in 2017. With four days until signing day, download the Chat Sports Android and iPhone app for all the recruiting news and rumors you need.

Could LSU End Up With The Best Class?
The Tigers are putting together an incredible class that currently checks in at No. 1 on scout.com, 247Sports.com and ESPN. Rivals.com has LSU No. 2. According to The Advocate, ESPN recruiting writer Jeremy Crabtree said the Tigers could end up with the best recruiting class in the modern era of recruiting. In order for that to happen, the Tigers will need to land five-star CB Kristian Fulton, who visited Florida this weekend. It's a close race, but LSU is the favorite to land Fulton. The Tigers already have 21 four-star or higher players. The Chat Sports Android and iPhone app is the best source for recruiting news and rumors.

Texas Trying To Steal DE Erick Fowler
Four-star DE/OLB Erick Fowler has been committed to LSU since June, but the Longhorns are pushing hard to steal him away. He visited with Texas head coach Charlie Strong this weekend and the Longhorns have a good chance at stealing him. It'd be a tough loss for LSU, as Fowler is a Top 100 recruit. If the Tigers lose Fowler, they might end up stealing TCU commit Sci Martin. National Signing Day is setting up to be a crazy one for LSU. Be sure to download the Chat Sports Android and iPhone app to stay updated with the latest news.