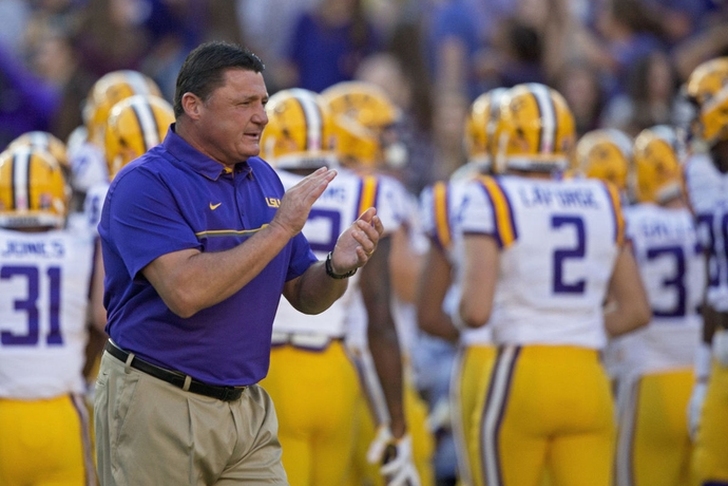 After days of speculation that Houston head coach Tom Herman was close to a deal with LSU, the school has gone the other direction and will officially name Ed Orgeron as head coach at a press conference this afternoon in Baton Rouge.

It was first reported by Chat Sports on Thursday that LSU was close to a deal with Herman, but news broke late Friday that Texas was prepared to make a 'mega-offer' to Herman, and that he may have more interest in the Longhorns jobs than heading to LSU.

Orgeron led LSU to a 5-2 record this season as interim head coach following the firing of Les Miles in September. He was also an interim coach for USC in 2013, and head coach of Ole Miss 2005-07. He owns a career record of 21-29 as a head coach.

More on this breaking story in the Chat Sports app for iPhone and Android.