Is Ben Simmons The Next LeBron James? Getting To Know The College Basketball Phenom 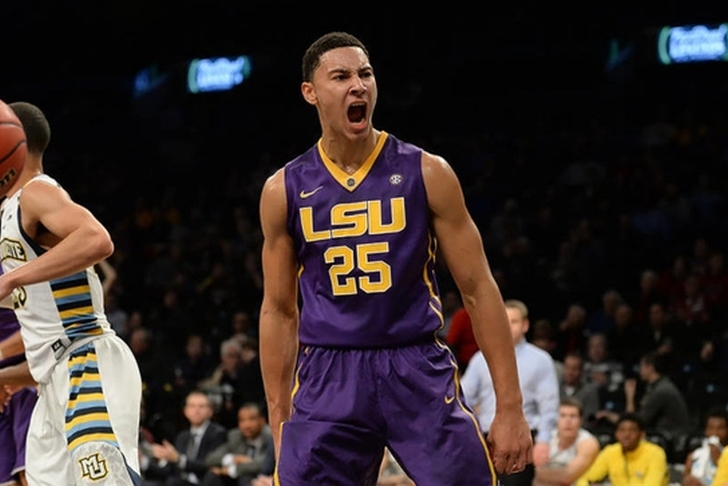 LSU Tigers freshman forward Ben Simmons has only played in seven collegiate games, but he's already the talk of the basketball world. His size (6'10", 240 lbs.), guard-like skills, and expansive all-around game has many experts comparing him to Cleveland Cavaliers superstar LeBron James, just as many compared LeBron to Michael Jordan before he entered the league.

Comparing anyone to the best player of a generation seems like a stretch, so how does Simmons really stack up against LeBron?

For starters, Simmons' passing ability and feel for the game is right on par - if not better - and LeBron during his early years in the NBA. Simmons is one of the few players in this world, let alone in college basketball, that can throw a skip pass corner-to-corner and put it in the shooting pocket of his teammate. Often more comfortable playing point guard than the forward position he usually plays, Simmons will drop no-look dimes to cutting teammates or "thread the needle" with ease. However, his passes aren't about looking pretty - they almost always put his teammates in a better position to score while confusing opposing defenses.

He's also a much better shooter than LeBron was early in his career. It took James nine years before he finally posted a three-point shooting percentage above 35 percent, while Simmons is currently shooting 50 percent from long range and 53.8 percent from the field. While the jumper is definitely not Simmons' bread and butter, he has shown a reliable pull-up and mid-range game LeBron was never able to utilize before he was in his prime.

Now, let's not get too carried away with this. Simmons doesn't come anywhere near matching LeBron's freakish strength, speed, or athleticism. James is the most talented physical specimen we have ever seen; Simmons has passable athleticism, but no one would mistake him for being a high-riser.

LeBron's physical gifts help him on the glass and in his ability to get to the rim (which he can do whenever he wants), but Simmons is no slouch at either of those things. While James could simply out-run or out-physical someone on his way to the rim or for a rebound, Simmons utilizes great positioning, body control, and skill to do those things.

As crazy as it may sound, Simmons may actually be more skilled than LeBron was as a prospect - you can't find any flaws with his passing (3:1 assist-to-turnover ratio), ball-handling, or overall offensive repertoire - which has helped him put up an absolutely monstrous 19.9 points, 14.9 rebouds, 6.0 assists, 2.4 steals, and 1.6 blocks in 35.6 minutes per game for LSU.

Unfortunately, we don't have any college stats from LeBron to compare those numbers to, but no one in NCAA history has matched what Simmons is doing on an all-around basis.