The 3 Most Likely Bowl Destinations For The LSU Tigers 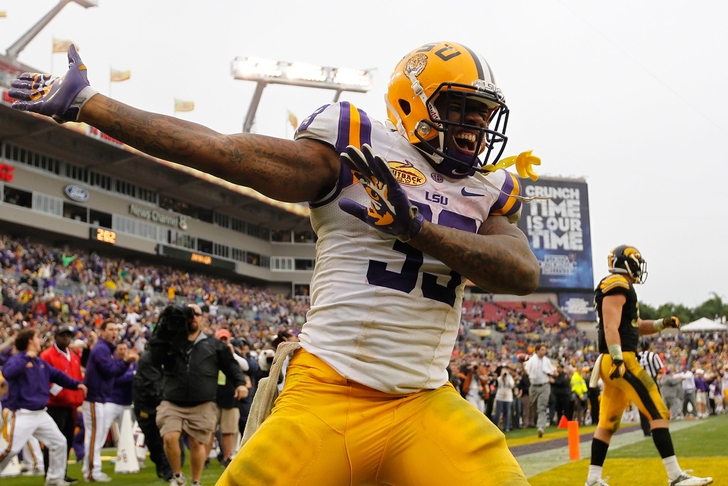 The LSU Tigers might not be playing for a national title this winter, but they can still end the 2014 season on a high note. Les Miles and his squad will likely have a number of mid-tier Bowl Games to choose from - let's take a look at where they could end up:

When you think about prestigious bowl matchups, the Belk Bowl isn't the first thing that comes to mind...but it might be LSU's best shot at a big win. Once you get past Florida State, the ACC isn't exactly loaded, and an opponent like UNC or Duke would be just what the doctor ordered (if your doctor wants you to win your bowl game by at least three touchdowns). There's also the possibility of matching up with Notre Dame, which is always good for national exposure.

The bowl LSU went to last year looks like this year's best option from a prestige standpoint...and with four conference losses, that's not too bad. The Outback Bowl is always a blast, and fortunately, this year's likely Big 10 opponents are actually solid offensive teams. With Minnesota, Nebraska, and Wisconsin in the frame, this would be a high-scoring, entertaining game no matter who the Tigers match up with. Tampa is close enough to Tiger country that there would no doubt be a large LSU cheering section, and there are plenty of worse places you could spend New Years than the beach.

The TaxSlayer Bowl might be LSU's best-case scenario - not only will it feature a winnable game against an ACC or Big 10 squad, but it'll take place in the new, impossibly cool Jacksonville Jaguars stadium (you know, the one where you can chill in a cabana while watching the game). Jacksonville is also a nice, short trip for Tigers fans, and they should be well-represented if this is where the team ends up. Louisville, Minnesota, Maryland, and Miami (Fl.) are all possible opponents, and LSU should be able to beat any of those teams handily.

Where do you wanna see the Tigers go bowling? Let us know in the comments section!