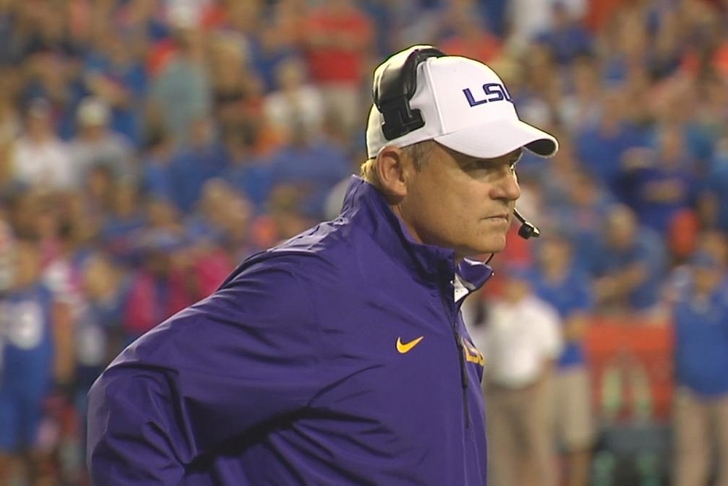 The news was broken by NBA Hall of Famer Karl Malone, who's son, K.J., plays for the Tigers.

I would like to say to my grasshoppers, please have a moment of silence for Coach Les Miles, who's mother passed last night #LSU #LaTech

Miles still appeared on ESPN's College Gameday this morning, and will be on the sidelines tonight when LSU faces Ole Miss.

#LSU coach Les Miles, surely knowing about his mother's death, made his appearance on #ESPN GameDay this morning. pic.twitter.com/8GaMtoMDy7

Les Miles has not addressed the #LSU team about the death of his mother, source says.

Kickoff between the Tigers and Rebels is set for 7:15 p.m. ET on ESPN.