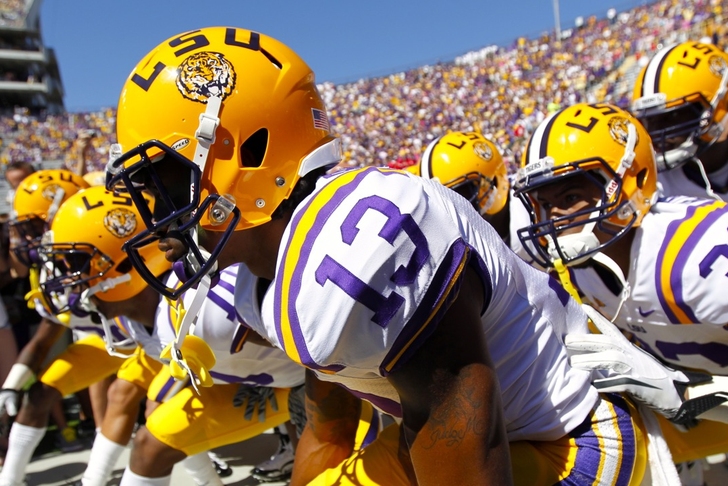 LSU closed their regular season with a big win over Texas A&M, capping an 8-4 season highlighted by a home victory over Ole Miss. The Tigers finished 4-4 in the SEC West, which should put them in a pretty good bowl game - most likely the Belk Bowl, Outback Bowl, or the TaxSlayer Bowl. Who are they most likely to play in those games? The Cornhuskers are the likely option should LSU return to the Outback Bowl for the second straight year, which would be great for Les Miles' squad. Both teams rely heavily on the run, and would set up an exciting matchup between running back Ameer Abdullah and Leonard Fournette. Nebraska will be without a head coach as newly hired Mike Riley won't take over until after the bowl game, and that should lead to win for LSU. Notre Dame is an option for both the Belk Bowl and the TaxSlayer Bowl, and this would create a matchup between two of the marquee programs in college football. These two sides would turn any bowl into a must-see game, but one of them is not likely to take a bid to either the Belk Bowl or TaxSlayer Bowl without knowing who the opponent is. If both schools talk to each other before accepting bids, this has a very good chance of getting done. The Blue Devils don't have the brand name of Notre Dame or Nebraska, but they might be the best team on this list. They're one of the best coached squads in the country and would test LSU, even though they've faltered down the stretch. The Tigers should come away with a win in this matchup, yet it should still be a good game.