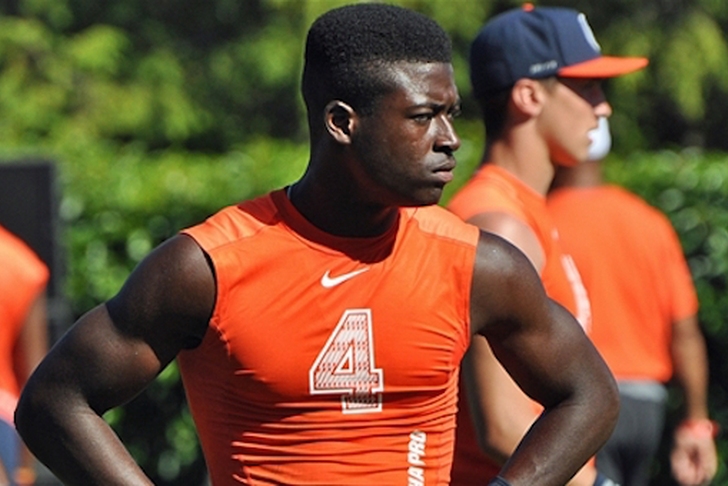 The LSU Tigers had a disappointing 8-5 season that ended with a Music City Bowl loss to Notre Dame, but they're look to reload for 2015 and beyond on the recruiting trail. Who’s on their way to Baton Rouge? Who’s still deciding? All this and more in our recruiting roundup:

LSU hosted several committed prospects this weekend, and one of the biggest was four-star offensive lineman Maea Teuhema.

Some at LSU had begun the worry that they may not get the last crack at the 6-foot-5, 340-pounder, as he has an official visit to UCLA slated for next weekend.

However, Teuhema will be back at LSU for an unofficial visit on the final weekend before signing day. LSU feels now feels confident that he won't waver from his original commitment to the Tigers.

Dillon was another visitor to LSU's campus this weekend, and the Tigers did such a good job that he's now wavering on his commitment to Florida.

“I think it was a big success and they did a great job,” said his high school head coach Bradley Seal, who spent Saturday with him at LSU. “Derrick and coach (Cam) Cameron seem to be forming a real good relationship and he’s doing the same with Adam Henry too. I know LSU wanted to flip him before he left, but I don’t think it’s a bad thing at all because I know he's thinking hard about committing. The type of kid Derrick is, I think he will want to sit back and weigh the pros and cons of both schools and handle everything the right way after talking to his family. No doubt that LSU has the momentum going back in their favor and it all goes back to doing such a good job with how they would use him. Being close to home helps and those relationships he is building with the staff has helped a lot."

Four-star WR Jazz Ferguson, who is a LSU commit, was on the visit and worked hard recruiting Dillon over the weekend.

Dillon does have an unofficial visit scheduled with Florida before signing day, but it's unclear if that trip is still on.

Follow our LSU team page for the latest LSU recruiting news and rumors!