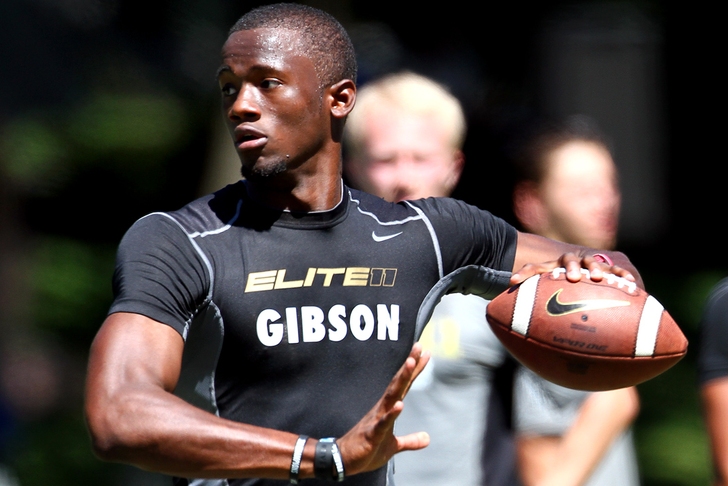 With just over a week until February 4th's National Signing Day, head coach Les Miles and the rest of the LSU Tigers coaching staff are putting in tons of hours to put the finishing touches on what is already a very impressive 2015 recruiting class.

Who's on the Tigers' minds right now? Find out in our LSU Football Recruiting: Rumors Roundup For Sunday 1/25.

There was plenty of uneasiness around the LSU football program heading into the weekend over whether or not cornerback commit Xavier Lewis would take a scheduled official visit to the Texas Longhorns next week.

However, after visiting Baton Rouge this weekend, Lewis put all of the Tigers' worries to rest.

“I’m not going,” Lewis said. “I’m shutting it down and ready to be a Tiger.

“I don’t want to be at any other place,” he added. “The relationships I have with the players and the coaches, this is where I want to be at.”

The Tigers already have commitments from Tyron Johnson, Donte Jackson, and Xavier Lewis, and they'd love to make this next picture a four-year reality by flipping four-star Ohio State commit Torrance Gibson.

Pictured from left to right are Donte Jackson, Tyron Johnson, Xavier Lewis and Torrance Gibson himself.

Gibson has an official visit left at Miami next weekend and as already visited Auburn. LSU hopes the memories from his weekend in Baton Rouge will make those visits a moot point and that Gibson will spurn the defending national champs to come play in the Bayou State.