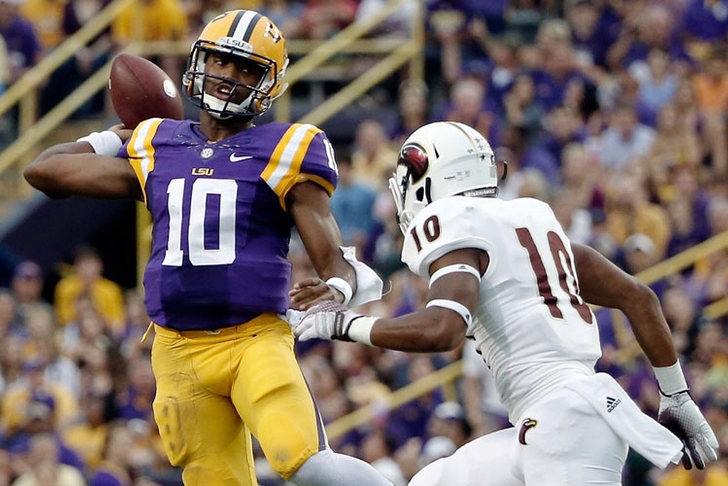 Three LSU Tigers football players, including quarterback Anthony Jennings, have been arrested and booked at the East Baton Rouge Parish prison, per an LSU police and prison official cited by The Advocate on Thursday.

Jennings, defensive lineman Maquedius Bain and defensive back Dwayne Thomas were arrested by LSU police, said Capt. Cory Lalonde. They were in the process of being booked at the prison at 6 p.m. Thursday, said Sgt. J Cadarette. Thomas is being booked on charges of unauthorized entry and simple burglary. Lalonde would not confirm the charges for Jennings and Bain. Team spokesman Michael Bonnette did not immediately respond to a message for comment.

Jennings, a junior from Georgia, started for the Tigers last year and was expected to battle sophomore Brandon Harris for the #1 spot this summer. His arrest, and the detainments of Bain and Thomas, come just two hours after LSU defensive tackle Trey Lealaimatafao was arrested for simple battery and simple robbery stemming from a bar fight on Tuesday at Reggie's in Baton Rouge.

It's unknown as of this time whether the arrests are related.

Stay tuned to Chat Sports for more on this breaking story as additional information is made available to the press.