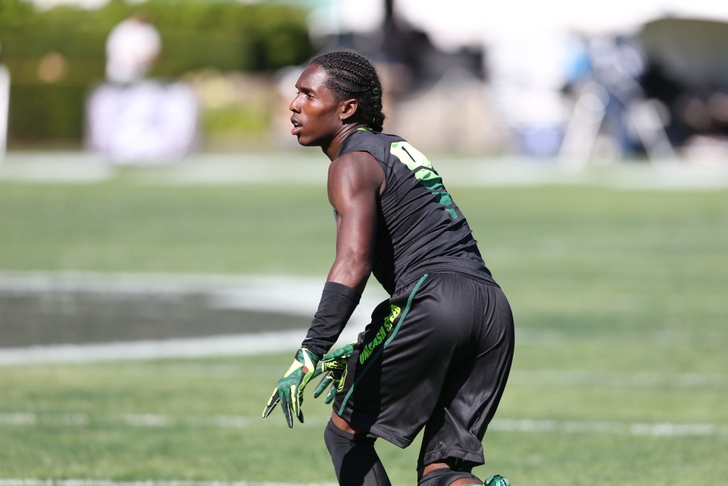 UPDATE 9:51 PM EST, 2/5/14: Despite Sherman's assurances that Jackson is headed for SC, the Trojans are still waiting on his letter of intent (via Mike Scarborough, who originally broke the story):

#USC still waiting for the signed national letter from Adoree' Jackson. Been coming any minute for two hours.

Adoree’ Jackson’s father, Christopher, says LOI to be faxed soon to USC. No indecision among family, he says.

Christopher Jackson says he supports decision: “Wherever he decided he wanted to go, that’s where he’s going. It has nothing to do with me.”

So much for a drama-free national signing day. Five-star CB/ATH Adoree' Jackson apparently didn't fax his letter of intent to USC like he announced he would - because his father took it from him and wants him to attend LSU.

There's a discussion on the situation going on behind the paywall on multiple LSU recruiting sites, referenced in this Tweet from Rivals' LSU analyst Mike Scarborough:

High drama, if true. We'll provide updates as we learn more about this developing story.

Where Are They Now? The Top Football Recruits Over The Past Decade