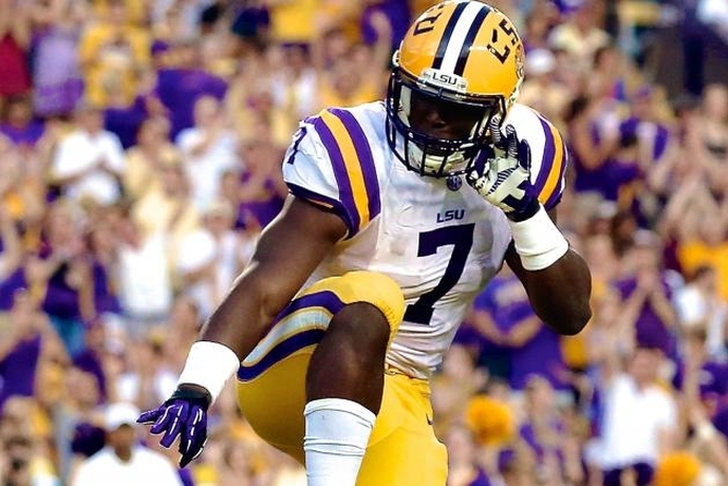 Every Heisman winner must have at least one "Heisman Moment," where he does something incredible. These moments get plenty of TV time and burn the player's name in the minds of voters. Fournette already has several of those plays this season. First, there's him tossing an Auburn defender over his shoulder.

Fournette also trucked an Auburn defender in the win. Fournette seems to produce a highlight play every game and that will help him with the voters. He'll produce several more of these plays throughout the season.

He Is LSU's Offense

Through three games, Fournette has 73 carries for 631 yards and 8 TDs. As a team, LSU has 1247 yards of total offense and 12 TDs. Fournette has more than half of his team's production, which is simply absurd for a non-QB.. The Tigers will go only as far as Fournette will carry them. Given the way Fournette has played and will continue to play, he'll carry them far this season.

LSU Is Going To Contend For The SEC Title

Even if LSU doesn't win the SEC, they'll be a serious contender. They have tough road games at Alabama and Ole Miss, but Fournette is good enough to at least give them a chance in those games. The Heisman Trophy always goes to a player on a great team, so LSU needs to at least contend for an SEC title. They don't have to capture the conference crown, but 10 wins is a must. With Fournette running through defenses, LSU will win 10 games.

He's Not Going To Slow Down

Fournette has had a monster start to his season and he's not going to slow down. He's picked up at least 200 yards in back-to-back games and won't slow down anytime soon. Fournette has SEC games against Florida, South Carolina, Arkansas and Texas A&M this season. All of those teams have had issues stopping the run this season and they haven't faced a player of Fournette's caliber. Fournette will continue to run wild all season long and he'll take home the Heisman Trophy at the end of the season.