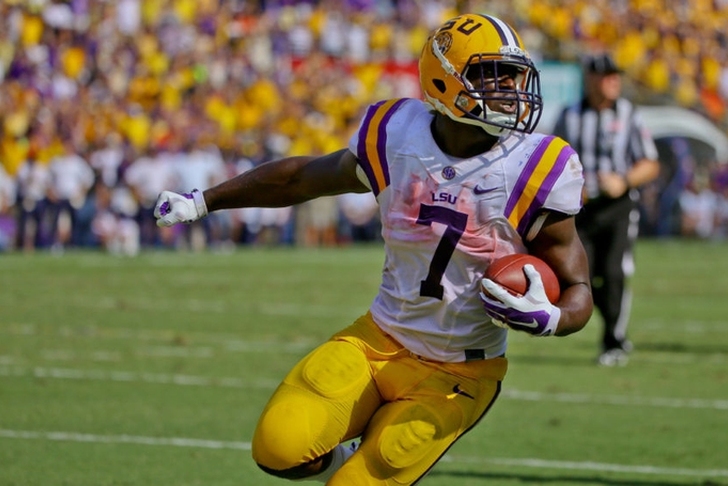 Former LSU Tigers running back Leonard Fournette is largely expected to be the first running back off the board in the draft. Despite the devaluation of the running back position, he isn't expected to fall out of the top 10. Here are the three teams that are the most likely to draft him:

1) Jacksonville Jaguars
The Jaguars flirted with running backs in free agency and will have Fournette near the top of their big board. He'll drastically change their offense by giving them a consistent, reliable running game they haven't had since Maurice Jones-Drew. Given Fournette's rare combination of size, power and speed, he's going to be a star - and Jacksonville needs one.

2) New York Jets
The Jets routinely take the best player available, and Fournette (assuming his ankle checks out medically) might be the best overall talent in this class - he just plays running back. He's a better prospect than Ezekiel Elliott and has drawn comparisons to Adrian Peterson. With Matt Forte aging and the quarterback situation in flux, New York needs a running game to rely on. Enter Fourentte.

3) Carolina Panthers
Carolina seems to be Fournette's floor with the No. 8 overall pick, and he would help Panthers form an even more terrifying backfield. There's some injury worries here, but Fournette's pure talent should overcome all of that. Jonathan Stewart's career is definitely on the decline, and this would help the Panthers' offense.