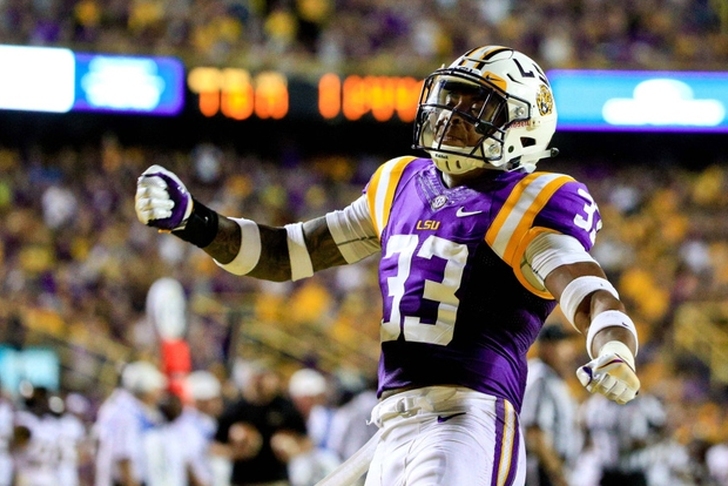 Former LSU Tigers safety Jamal Adams is pretty much the unanimous top safety prospect in this draft class, which means he is guaranteed to be a top 10 pick - if not a top five pick. Here are the three teams that are the most likely to draft him:

1) Chicago Bears
With Mike Glennon signed and the Bears focusing on offense in free agency, I think this will be a defensive pick. Adams would provide the Bears with a badly needed dynamic playmaker on the defensive side of the ball, demonstrating great coverage skills and excellence in stopping the run. He profiles as a great strong safety, though he play free safety or anywhere else in the secondary.

2) Tennessee Titans
If the Bears do pass on Adams, there's a very real chance that he would fall to No. 5 for the Titans to pick him up. Tennessee needs secondary help and wide out help, and with this being the first of two first-round picks, they can take the best player available. That would be Adams in this case, and he'd fit well next to Kevin Byard at safety. They need a game-changer on the defensive side of the ball, and Adams is that guy.

3) Jacksonville Jaguars
The Jaguars landed Barry Church in free agency, so there's a legitimate chance they pass on Adams if he is available. However, a player of Adams' caliber will make them think twice about it. They've placed a major emphasis on upgrading their defense this offseason, and Adams would give them another young, talented playmaker to add to the unit.