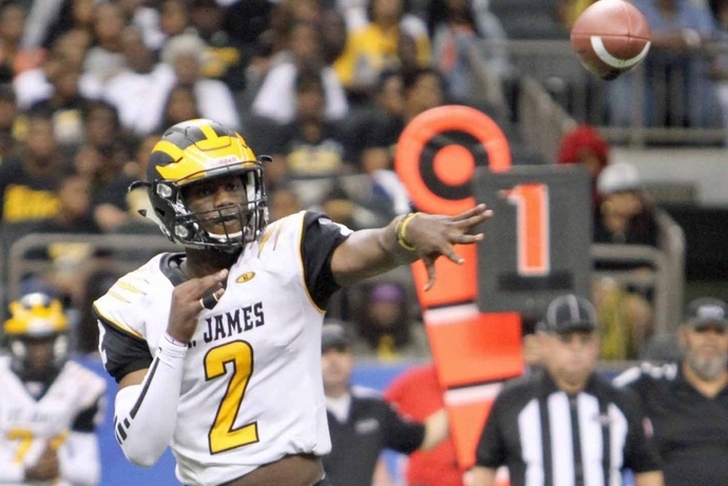 Quarterback has consistently been a major issue for the LSU Tigers for most of the Les Miles era, and many fans think that's a major reason why they haven't won more SEC Championships. However, it help is on the way. Here are three quarterback prospects that LSU is targeting:

Lowell Narcisse
Narcisse, the No. 5 dual-threat QB in the country, committed to the Tigers on Monday, and he appears to be on the fast track to take over the starting job once he steps on campus. The 6'3", 225-pounder already looks like a college football veteran, and his game-breaking speed and athleticism is undeniable. He's still more of a runner than a passer at this point, but the talent is clearly there.

Myles Brennan
The 3-star quarterback committed to LSU just a few weeks ago, and he's a Zach Mettenberger-type pro-style QB with a strong arm. Offensive coordinator Cam Cameron loves these kind of quarterbacks, and they usually flourish in his system. Brennan needs to put some weight on his 6'3", 180-pound frame, but there's no doubting his immense arm talent.

Trevor Lawrence
LSU is very much in the mix for Lawrence, who is the No. 1 overall prospect in the 2018 recruiting cycle. He's a pro-style quarterback at 6'6" and 200 lbs, but he's also extremely mobile and is an excellent decision maker.