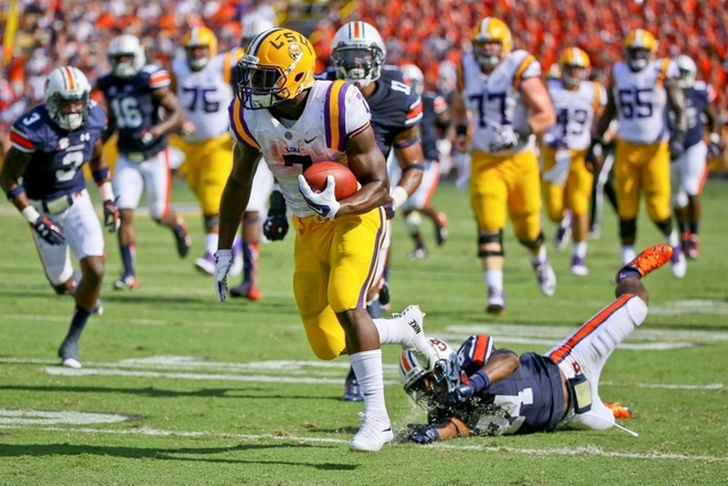 The LSU Tigers struggled down the stretch, losing three games in a row after rising to No. 2 in the country, but managed to win their regular season finale against Texas A&M to keep head coach Les Miles' job. Now, they're looking to end their season on a high note against Texas Tech in the Texas Bowl. Here are three reasons why LSU is guaranteed to beat the Red Raiders:

3) LSU will force plenty of turnovers
LSU's defense is known for being aggressive and forcing turnovers, and Texas Tech quarterback Patrick Mahomes has shown that he isn't the best decision-maker. Mahomes has thrown 14 interceptions this year, and has thrown at least two interceptions in four of Texas Tech's games. If LSU can force multiple turnovers, they'll win this one easily.

2) Texas Tech's struggles in big games
The Red Raiders only have win over a team that finished this season with a winning record, and that came in their third game against Arkansas, when the Razorbacks were struggling. They have lost their five games by an average of 17.8 points per game, showing that they're still pretty far off from competing with the better teams in the country. LSU will prove that again in the Texas Bowl.

1) Leonard Fournette's dominance
Don't let his fall from the Heisman race fool you - Fournette is still one of the best players in the country, and he's determined to prove it again on a national stage. Texas Tech's run defense is absolutely atrocious, ranking 125th (out of 127 teams) in the country, meaning there should be plenty of running lanes for Fournette to exploit. Expect him to have a HUGE game.