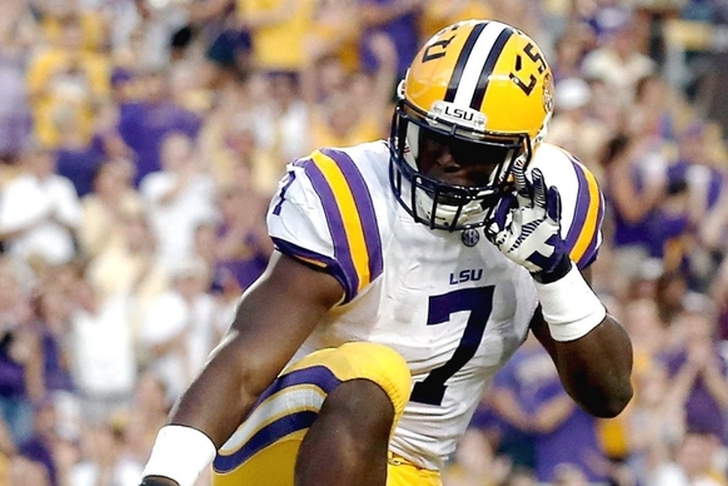 LSU Tigers players and coaches were livid after Leonard Fournette was denied an invitation to New York for this Saturday's Heisman Trophy ceremony. We are too. Here's 3 Reasons Why LSU Fans Should Be FURIOUS About Leonard Fournette's Heisman Snub.

Fournette has set LSU's single-season rushing yardage mark with 1,741 so far -- a record which stood for 38 years. He rushed for 150 yards or more in all but three of the Tigers' 11 games, yet he was harshly and unfairly judged by the fact that the non-150 yard games came during LSU's three-game losing streak.

All of this amounts to sustained dominance, whether or not the critics believe so. If Derrick Henry and Christian McCaffrey belong in New York, so does Fournette.

Has anybody actually watched tape from Fournette's stellar season? A key part of football's allure is its value as pure entertainment, and Fournette was the most entertaining player to watch in college football for 2015. Whether he was bowling over defenders with his strength, or breaking ankles with lateral cuts and jukes, his season was built for YouTube hype videos. He should be in New York based on WOW factor alone.

3. Importance To The Team

No running back in the entire nation shouldered the load quite like Fournette did in 2015. LSU won every game that he rushed for 150 yards or more, and that's no accident. LSU's offense only works if Fournette is controlling the line of scrimmage while doing damage in the second and third levels. If he wasn't around, Les Miles may have actually gotten fired as the Tigers scuffled to six or seven wins, maybe less. He was the main reason for the Tigers' 7-0 run to start the season, and he's the main reason why they're going bowling at all.

The Heisman Trophy has always had a "team MVP" component to it, and no player in the nation was more valuable to his team than Fournette is when he has things going.