3 Reasons Why LSU Can Make The 2016 College Football Playoff 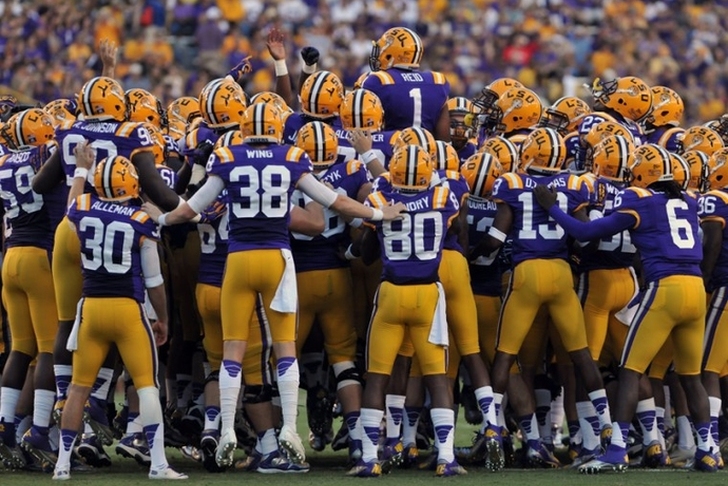 The LSU Tigers are one of the favorites to win the SEC West in 2015, which would put them in prime position to make the College Football Playoff. Here are three reasons why the Tigers will making the final four this season:

The division is as up for grabs as it has been in years, with usual suspects Alabama and Auburn facing their own host of questions heading into the 2015 campaign. There is no clear favorite to speak of right now from a talent perspective, which means there's ample opportunity for an LSU squad full of blue-chippers to represent the West in the SEC title game.

Fournette got Heisman hype before he even stepped on campus in Baton Rouge this fall, and while he didn’t quite reach that level as a freshman, he was still one of the best backs in the SEC. He’ll be more heavily featured next year, and will become the focal point of LSU’s power running offense. With a year of experience under his belt, Fournette should take the country by storm this fall.

Many have knocked Miles down a peg or two on their lists due to the team's slow downward trajectory over the past three seasons. However, while the Tigers finished outside the AP top 25 last season for the first time since 2008, LSU still has averaged a 6.8 finish nationally in recruiting rankings over the last five years. With that type of talent in the wings, Miles has plenty of ammunition to prove he is still one of the best coaches in the country.

Follow our LSU Tigers team page for all the latest Tigers news and rumors!