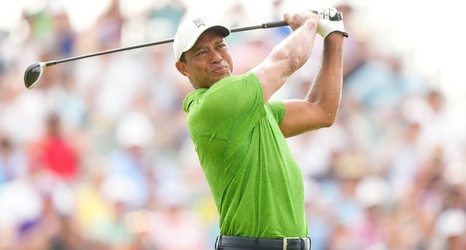 TULSA, Okla. - Tiger Woods will be around for the weekend at the 104th PGA Championship at Southern Hills Country Club.

Needing to avoid a bogey down the stretch to stay on the right side of the cut line, the 15-time major champion did better than that, with a birdie on the 16th hole. He shot 1-under 69 in the second round, which pushed him to 3 over through 36 holes. The expected cut line is 4 over.

While Woods isn't positioned on the leaderboard where he probably wants to be (he was tied for 52nd when he finished), he's still sticking around for the final 36 holes, which is more than what PGA stars such as world No.