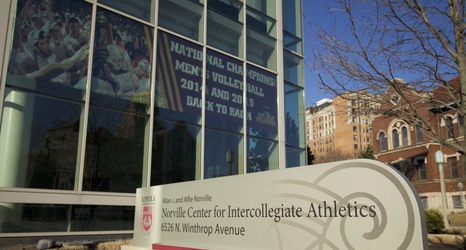 Due to concerns regarding COVID-19, all Loyola fall sports will be delayed until Sept. 18 at the earliest, according to a July 27 press release from the Missouri Valley Conference (MVC) July 27. However, student-athletes have begun returning to campus for voluntary workouts and have been undergoing testing and other safety procedures, according to Loyola Athletics.

The MVC announced that men’s and women’s soccer and women’s volleyball will only participate in the conference portion of their schedules — meaning all non-conference games will be canceled.

“It’s the right thing to do, and it’s not a knee-jerk, quick decision,” Loyola Athletic Director Steve Watson told The Phoenix.