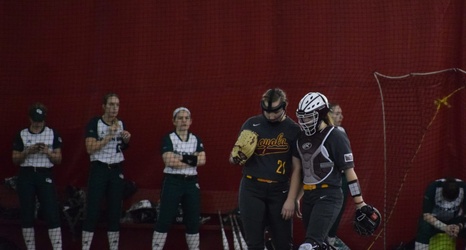 The Loyola softball team kicked off its season with a 3-2 start after hosting its annual Rambler Rumble tournament this past weekend.

It was a good showing offensively by the Ramblers. They hit a combined .391, led by senior outfielder Jessica Shields, who hit at a .556 clip.

In the circle, pitcher Madison Veres had a 1.84 earned run average (ERA) and she held opposing hitters to a .161 batting average in 14.2 innings. Veres was the only one of the four who played last year, but the other three — sophomores Sydney Ruggles and Bri Clifton, and first-year Dani Brown — also saw some action.