Loyola Men’s Basketball Was Bounced Early at Arch Madness. So What’s Next? 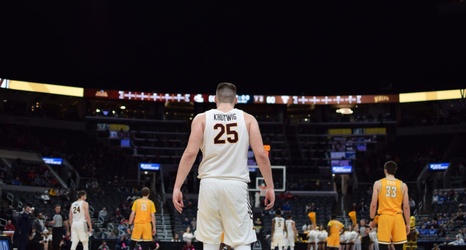 With 15:44 left in the Missouri Valley Conference (MVC) men’s basketball tournament quarterfinal, it looked as though Loyola was coasting to a semifinal appearance. The Ramblers led by 18 points and looked poised to move on in what many thought had just become a wide-open tournament after No. 1-seeded University of Northern Iowa lost earlier in the day.

Then, that lead vanished as the Ramblers missed 13 free throws and eventually lost to No. 7-seeded Valparaiso University 74-73 in overtime — making them the first No. 2 seed to lose in the quarterfinals since 1998. Now, discussions have begun about the offseason.